Ping pong is a game of rules. Each and every part of this game must execute by following the rules of the ITTF. To start the game one must serve the ball. But that does not mean one can simply serve as they want. There are a lot of rules one must follow at the time of service. Because of these rules, some players think that service is the most complicated part of this game.

Today we have come with some of the illegal ping pong services according to the ITTF rules so that one can avoid them. Also, we give some tips to avoid illegal serve.

Here are most of the common illegal services that can be seen in a league tournament.

Throwback serve- This service is mostly seen among amateur-level players. There are a lot of amateur players who do not know about the rules of how high one must toss the ping pong ball at the time of service. Therefore, they toss the ball back towards the paddle blade.

This is how they can create more ball speed and spin which gives the opponent a great disadvantage to block the ball or shoot the ball. Though it can provide a great advantage to the server it can also cause the opponent to complain to the referee.

Hidden serve- It is one of the most violated services in any ping pong tournament. Especially, this service is seen among the professional level ping pong paddle players. The opponent must be able to see what type of spin you are providing and how the ball has been strike with the paddle.

But those players who make the hidden service seem to use their free hand at the time of the shot. They use their arm to block the vision of the opponent player. And then shot the ball to keep the opponent unaware about the shot. Previously, this service was not restricted.

But now it is restricted and one must follow this rule. However, if you counter a hidden serve, then inform the referee immediately and tell the opponent to stop this kind of service. Because the referee sits on the side which makes the view hard for them to follow the player’s hand movements.

Bad manner serve- To gain an advantage many players do this serve. It is mostly seen in tournaments. The server waits for the right moment and does the service all of a sudden. The right moment means when the opponent is not ready at all. This type of serving is a totally bad manner.

If the referee does not know you were not ready, then he will definitely count it as a score. So, if you face such a server, then do not hit the ball and tell the opponent to redo the service or inform the referee about the situation.

Long time service- There is no rule on the time limit of a ping pong serve which is why most players take the advantage of time delays. Some ping pong players seem to move across the table with the ball. They change the position and observe the situation. At the time of engaging with the server, they grab the ball and again take time.

The time delay is basically done to confuse the opponent. This also makes the opponent impatient. In this situation, one must not get impatient and stay calm. Simply complain to the referee about this and give more focus on the game.

These are the most common illegal serve that can be seen in most tournaments. However, there are also other illegal services like short service, over the net, etc. All the illegal services are done to gain an advantage on the points. So,

one must keep their eyes while performing in a tournament and whenever one counters an illegal server the person must immediately inform the referee or the organizer. Or not else things can turn upside down. 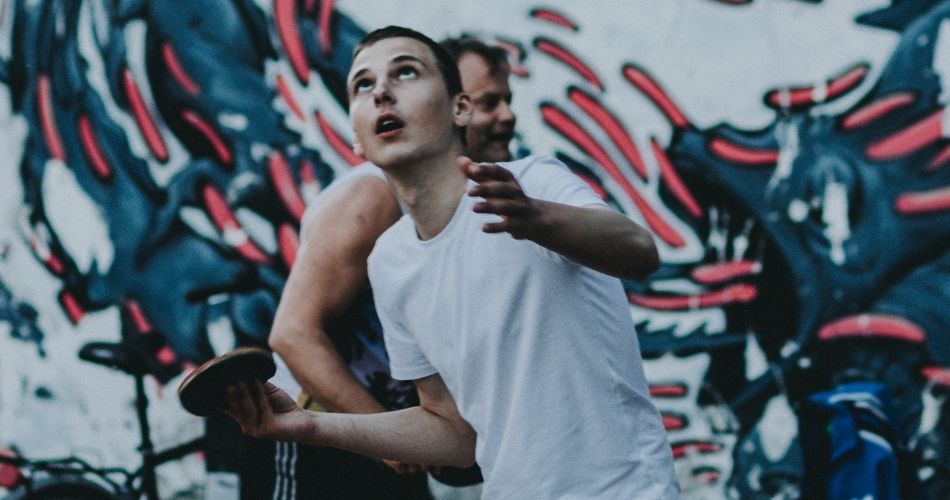 What is a Legal Ping Pong Service

A legal ping pong service is done by following all the ITTF serve rules. There are a lot of rules that one must follow while serving the ball which made the service the most complicated part among all other things. However, some local tournaments may follow their own rules, therefore, it would be wise to know the rules before playing.

Let’s give you the knowledge about ITTF approved ping pong serve rules.

Rule 1- The first rule is the ball toss. The server must toss the ball at least 16 cm high which is at least 6.3 inches. Also, at the time of tossing the ball, the ball must rely on an open palm. The player should not grab the ball while tossing. Some players seem to drop the ball on the table from a short distance and simply proceed with their shot which is called an illegal serve.

Rule 2- As we mentioned in the illegal serve, the backward service is totally illegal, and therefore, one must avoid it. The 2nd rule is about the vertical toss. One must toss the ball vertically upwards of 16 cm. But the question is what a vertical toss is. The answer depends on the referee. One must know about this before serving.

These are the main rules of ITTF on ball service. However, if you want to know all the rules on the service of the ITTF, then search online.

Sometimes it seems that the ball hits the net when it is served. This is known as let serve. Some say it is net serve but it is not. Also, some people say let is an illegal service which is not. The let serve is a legal service. But one would not get any points. If one engages with a let serve, the person has to redo the serve.

There is no rule of limitations about let serve. One can do as many let serve as they want. However, in some local tournaments, the organizers may create rules on let serve.

To change the illegal service habit and to stop illegal service one must follow the service rules of ITTF. Before serving the ball, one must hold the ball into an open palm and then toss the ball in the air about 16 cm high. The player must not hit the ball when the ball is rising up.

To know more, scroll above. Or simply search online.

The ping pong game is has a lot of rules. If one wants to play in a tournament, then the person must know all the legal rules of ping pong so that the person does not get disqualified. In this article, we have discussed about the legal and illegal ping pong serves. Also, we have given tips on how one will be able to avoid the illegal serve.