The pips are a little nub of the rubber used in the ping pong paddle. Those pips are protruded from a single side of the rubber of the paddle. The pips of the ping pong paddle rubber can be two types’ short pips and long pips. Both pips offer different types of responsibility, specification, advantages, and disadvantages. They are completely different from each other in those areas.

The paddle is one of the important elements of the ping pong game. The paddle can be of any type based on its various feature. In terms of the rubber used in the main construction of the paddle is also of three types. One can separate the paddle of ping pong in three different ways based on the pips of the rubber. The rubber is an important feature of the ping pong paddle which is used to increase the speed of the ball and return the ball at low speed.

Based on the player’s skill level and techniques the manufacturer create three types of pips of the rubber. Inverter pips, long pips, and short pips. The long and short pips are widely used. These pips will vary according to the players playing technique and skill level.

Weight: The short pips are combatively 15% to 20% lighter as well as thin so it will reduce the overall eight of the paddle. However, a long pips paddle will heavier compare to the short pips paddle.

Timing Complexity: With short pips, paddle timing is very important as it less forgiving. It requires correct footwork and positioning. A shot a little bit early and the ball goes into the net. Also, a little bit late shot or high shot the ball will travel longer. Those happenings are not common with the long pips paddle. 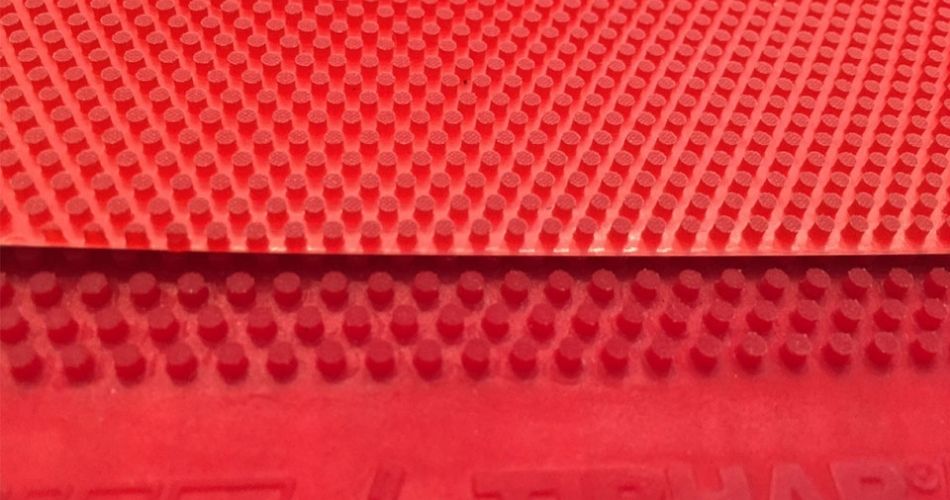 Can the player play a chop with the short pips paddle

Playing chopping with short pips is possible but way too complicated. The short pips will not absorbs speed and do not spin reversal, which makes it hard for chopping. But if the player is of high skill level, can play in different techniques may find it easier to play chop with short pips.

How to know what pips are good for what player

To know the right pips one has to play with all the pips paddle. Table tennis is not rocket science but not that easy too. One has to polish their skill, practice their soul out to be good in this game. While playing with the pips, they will know with which paddle they feel better to hit, defend, and do different tricks.

How one can attack with long pips paddle accurately

Attacking with a long pips paddle in table tennis requires skills. First of all, the player needs to learn to control counterattacks. One has to remember that attacking needs control of the opponent's speed, it’s the key toa successful attack. One should not create an over hit.

Knowing which pips are good for which type of game will make the game easier and successful. One has to also know the difference between the pips. The way they differ from each other. Hopefully, the long pips vs short pips discussion above will help the players understand their type.