Ping pong is an indoor game that gets played in most countries. For the great shots and counter shots, almost all aged people love to go for this enjoyable game. Besides, the physical fitness level reaches another level while playing the game. As a proper game is very important to perform, maintaining the proper rules is also mandatory. In this topic, there will be an important topic get described which is, ping pong serve rules.

To know about the rules briefly, let’s the topic begin.

A good starting, always deliver a good performance. It is also related to the Ping Pong game. The serving of the ping pong game is called one of the most important things to perform. Every ping pong player remains very much concerned about serving. If the serving ball works badly, there is definitely a chance of losing the first scoring opportunity. That is why, in the entire game, the serving gets taken with great importance.

If you are a beginner player that following this topic, knowing about good service is very much important for you. Even professional ping pong players also can have a quick view on this topic to increase their performance level.

First of all, the primary serving rules have to follow in order to know the basic things of the game. All the rules that will be listed below are made according to the ITTF rules. It means that they are the universal serving rules. Here they have been given below:

Placing the ball in the opened palm: The first task to follow is making the placement of the ball in the palm. In that case, make sure that the palm remains open and the ball also has the balance. Keeping the palm open helps to avoid making spins that are prohibited in the game while serving.

Throwing to an accurate distance: Though it can’t be measured, a minimum guessing indicates that the ball has to throw a minimum of 20cm in the air vertically leaving the hand so that it remains completely visible and the player gets enough time for spinning it.

Staying on a proper angle: It is very important to observe that the serving must have to accomplish by staying at the right distance. In that case, the ball must have served by positioning above and behind the ping pong table. Serving the ball by staying in the table area can be even mark as a disqualification. That is why; stay focused and follow the position.

After serving action: In terms of playing single, release the body properly and stand back in a comfortable position so that the opponent has access to watching the ball easily.

On the other hand, in duo games, perform the same thing by stepping backward after the service is done. It helps to let the teammate access the next shot

Primary rules for the doubles

Comparing to the single serving double is a little bit different. As there is a total of four players in the match, each of them has to maintain their proper placement while serving.

Factors that can be considered for a “let” serve

Sometimes, it is not obvious to serve accurately all the time. Some issues can be called as a let point where the player gets another chance to serve. And the factors are:

Mandatory rules of the game

All these rules from above are related to the player that they have to follow. But there are some essential rules with which the entire game gets to build up. These rules very must need to follow to perform a fair game.

Servings that can be considered illegal

Just like the universal matchmaking rules, some servings can be called an illegal ones. They must have to consider avoiding it. Let’s check the servings that can be called illegal.

Covering the ball: It is completely illegal in a ping pong game to cover the ball with a hand while serving. With the covered hand, a player can easily make spins in the ball to earn the point. The rule is to throw the ball at a vertical position in the air so that it remains visible with no spinning for the opponent.

Serving over the table: As it has been said earlier, serving the ball from above the table is not allowed for the player to perform. Sometimes the player willingly tries to serve from above so that the ball can generate a good speed and distract the opponent. But it should not be done to avoid illegality of service.

Total control on the paddle: Grabbing the ping pong paddle with the total area of the hand is not allowed as it can distract the gaming condition. Sometimes, some of the ping pong players try to have total control in the paddle using their hands. But it is not an appropriate way to play the game. If the player tries to deliver the shots in this way, it will be considered illegal.

The necessity of legal serve

Illegal serving is totally prohibited in the game. But if it goes for entertainment purposes only, there is no barrier to follow or maintain making a legal service. The entire intention of serving is dependent on the situation. If the game gets played as competitive, the server must have to perform legally. That means, legal serving is very much important to perform if it is a real competitive game.

As we have discussed the total serving and the related terms, it is now time to know about the steps that will become helpful for improving serves. Here they have been given below:

Measuring the speed and pressure: Just after the handling, the speed measurement is very important. If the ball gets pushed with a strong impact, it will be thrown out of the table instead of having a server. For avoiding the issue, practice a lot to control the speed of the hand that gets delivered into the paddle. In this way, the ball will stay inside the table.

Spinning the ball: Easy serving is a common thing for the ping pong game. How about having a service with spins? It will be creative and a little bit tricky for the opponent. For improving the serving, spinning can be added as an additional part.

For a professional ping pong player, there is nothing more important than knowing about the ping pong serve rules. Besides, it helps to perform with great ability in the tournaments too. Winning points seem a piece of cake if the player has trust in his serving. Experts believe that a great serving can deliver a great opportunity of winning the game. And so do we believe the same thing. 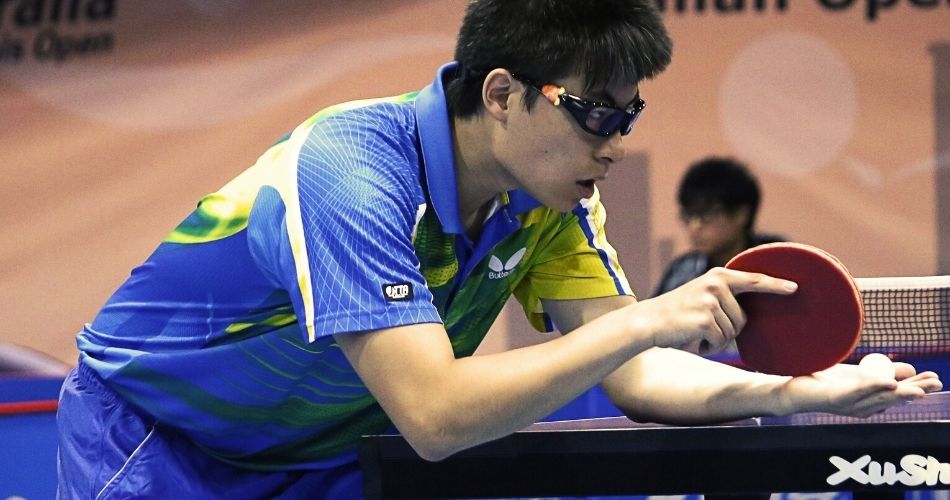