The great and the perfect ones always come with the maximum level of effort and performance. Like the other sectors, the table tennis game also comes under the ultimate and best level of ranking for the players.

Considering the necessity and demand, here some of the top table tennis players of all time have been placed in the listing and according to their gameplay ranking.

Whom We Call Table Tennis Player

They know how to hold the paddle, hit the ball, make the spins and smash onto the opponent's court. Nevertheless, not all of the players are the known faces to everyone. A player with the least amount of defeats and unique gameplay action is often known in the world of table tennis. They even get certified and titled by the International Table Tennis Federation (ITTF).

So here is a brief discussion given below that contains some of the top-level table tennis players along with their achievements and their introduction.

Ma Long aka the Dragon

Ma Long is known as the table tennis legend till now. For the greatest success in career and some outstanding achievements, Ma Long is a common name that will get heard from most Table tennis lovers. This living legend was born on the 20th of October, 1988 in China. From an early age, Ma Long liked to play with bats and balls. At the time, table tennis was quite a common game in China.

The fascination about bat and ball let Ma Long choose the Table Tennis sector where he got named as the best forehand finisher. Some table tennis experts believe that there is no better player than Ma Long with the best forehand finishing. Besides, the main strategy of Ma Long is, he makes some close-range shots against his opponents that create difficulties to control the ball. He applies both the forehand shots and loops against the other players. For both the formal and aggressive level of gameplays, Ma Long has been ranked 1st place among the others.

Some common titles by Ma Long

These are some of the popular and known titles held by Ma Long. There are a lot of titles excluding them that belong to Ma Long. He's surely proud of China.

There is a table tennis player with his strong forehand dives to his opponent; he has a bandana placed in forehead. That is definitely Timo Boll, the iconic German player.

Boll was born on the 8th of March, 1981 in Germany. He's a left-handed player that holds the name of forehand topspin master. It is even known that Boll was the first-ever player that discovered the dual-winged loopers. From the time of Boll, this shot is very common and popular among all table tennis players. It helps the players to access the game in a free hand. Besides, he is also much known for his great defending ability.

As most of the other players apply the passive blocks to hold the ball and return, Boll applies the spin block against his opponents that deliver both the spin and a faster return. He plays in both the attacking and defensive mode. This great playing pattern ranked boll to 2nd place in the listing.

With some of the great achievements, Boll is still playing the same for Borussia Dusseldorf Club, Germany.

If talking about the senior-level players, Jan-Ove Waldner is known all over the world. His name gets listed with the other high-ranked players for his high-quality performance. He is a Swedish person, who was born on 3rd October 1965. When he was a teenager, he was elected as the finalist for European League in 1982. With a great win in that match along with the title, Waldner never needed to turn back in his great developing career.

In the world of table tennis, Waldner was greatly known for his native behavior and fair games. Some of his trainers used to say, there are very few other players that can deliver a clean and finest type of service for each of the times. Waldner was able to perform that thing very easily. They also believe that table tennis and Waldner are closely connected. Even if Waldner makes a service being blindfolded, there is no chance of missing the object or the accuracy at all.

Backhand, forehand, spins, smashes, tricky shots all of these things were nothing to perform by Waldner. During the matches, the opponents get confused while Waldner makes the serves or delivers a dive. They can be done at any angle, speed, or ratio. That is why Waldner is called the legend of Table tennis by some of the great players.

All of these great achievements along with some other let Waldner ranked at the 3rd position of the game. Even if it is an official and actual ranking, most of his fans claim that he is number one in table tennis.

As Waldner has gone for retirement in 2016, the other highly ranked players have taken the leads. But it is confirmed that, if he had been continued the game till now, there should probably be no better player in the ranking rather than him. 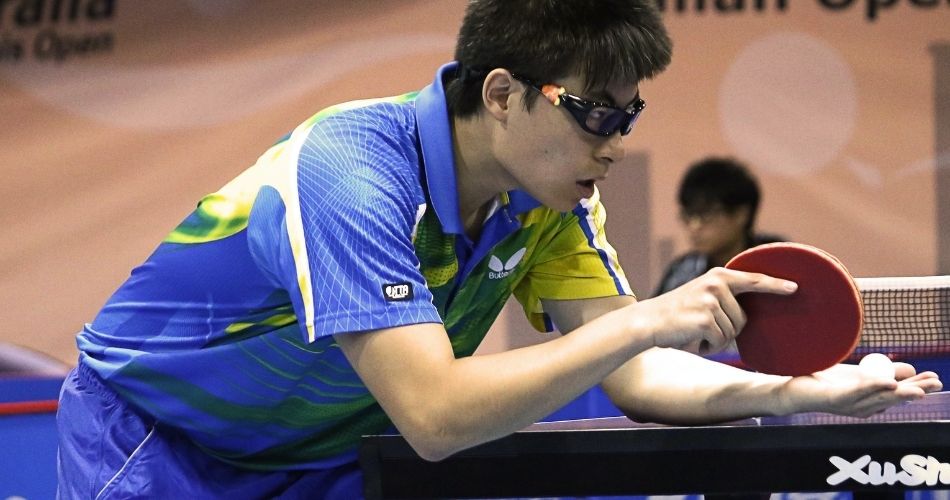 The former 3-time grand slam winner, the great coach, and player Liu Guoliang were born in Xinxiang, China on the 10th of January 1976. From his childhood, he had a good addition to the table tennis game. With a great playing pattern and dedication, Liu took place in the national team of China in 1991. At that time, he was just a 15 years old boy that had to defeat some professional leveled players. Unbelievably, Liu made a good score at that game from where his determined career in the Table tennis game got started.

At that time, Liu Guoliang was a common name among all of the table tennis lovers. Even for his high-quality gameplay, all the other players titled him as a legend. Liu had a great contribution to the table tennis game from 1991-2001 onward. During this entire gameplay career, he has won some great achievements. After 2001, he declared retirement and was appointed as the main coach of the National Table tennis team of China. So is not left to clear that, Liu Guoliang has magnificently contributed some of the great moves and actions in the table tennis game.

Another great and unique thing about Liu is his gameplay pattern. Almost all of the table tennis players hold the paddle in a simple pattern where Liu used to grab the paddle in the penholder style from the handle. Besides, his backhand reverse spin shots are also greatly known that dominates his opponent in the blink of an eye. For both the simple pattern and attacking gaming pattern, Liu Guoliang holds his place at the 4th of the ranking.

He is called the penholder master with some next level of skills. The other ping pong players trust that there will be no better penholder server rather than Ma Lin in the Table tennis game. This living legend also belongs to China. He was born in Shenyang, China year of 1980, on February 19.

Though there is not enough background information about Ma Lin. But it is said that Lin was very fond of table tennis games from an early age. Besides, he intended to create a good highlight and success for the Olympics. Just like the statement, he has created good fame in the Olympic Games by achieving a good number of titles. From the backhand spin to the forehand smash, Ma Lin can perform all of them with this penholder pattern to the paddle. His great success and performance let him be remarked and placed into the 5th ranking of the listing.

These are one of the greatest successes done by Ma Long in his career. He is still playing with the same performance and defense for his country.

He’s a common figure in the Table tennis segment and also very well known for his aggressive gameplay. He is the former winner of the 2012 ITTF world championship Grand Finale. For a great long time, Xu Xin is known as one of the best players in the whole world.

This incredible player was born on 8th January 1990 in China. At a mature age, he chose table tennis as his main profession and passion. And he didn't make a bad decision at all. In his early age career, Xu Xin has achieved a lot of titles and medals. In an interview, Xu Xin revealed that he follows the playing pattern of Wang Hao. Just like Wang hao, Xin uses the penholder pattern for his game and deliver some greatest forehand backspin and loops.

The reverse penhold backhand spin is called the signature move of Xin. With these extraordinary moves, Xin has reached the maximum level of his performance within a very short time. In the ranking, Xu Xin is now also taking place at 6th number with his significant achievements just after the other players.

So these are the successful winning and achievements of Xu Xin in his career. According to the table tennis specialists, Xu Xin holds the most winning titles among the other ranked players. And in terms of his contribution, Xu Xin is still playing on behalf of his country.

So these are the top-ranked listing with the identification, achievement, and playing patterns of the greatest players in table tennis. However, all of them belong to different countries except some who come from the same one. The majority of the players here are from China. And each of the players is representing their countries in front of the whole world. Although the listing will come under changes during the times, each of the players will remain and be titled as the top table tennis player of all time.