Have you ever fired up a ping pong ball? If you have then you know that a ping pong ball is highly flammable. Ping pong balls give response very high to fire. Do you know, what is the reason behind this response?

What is Inside a Ping Pong Ball?

One can find different colors of ping pong balls in the market. To make the ping pong ball colorful manufacturer adds dye with the celluloid. Now I don't want to talk about the formula of celluloid because things will become very boring and you won't like to read anymore.

Can a Ping Pong Ball Burst in the Middle of a Game?

If you are a science folk then you know that basically, the celluloid can burn from an amount of heat. Previously the ping pong ball used in the game was dangerous. Those balls could explode from the friction of the hit. That can be dangerous for the players.

Why Celluloid is Used to Make Ping Pong Balls?

Now after knowing that celluloid is highly flammable you might be thinking that what are the reasons behind using this material. There are various advantages of celluloid. One would be amazed to know that though it is dangerous it is versatile also.

One of the reasons is that the ball made with celluloid is very bouncy than other materials. As we know that without a proper bouncy ball, players won't get proper amusement from the game. In other words, the game will be ruined. 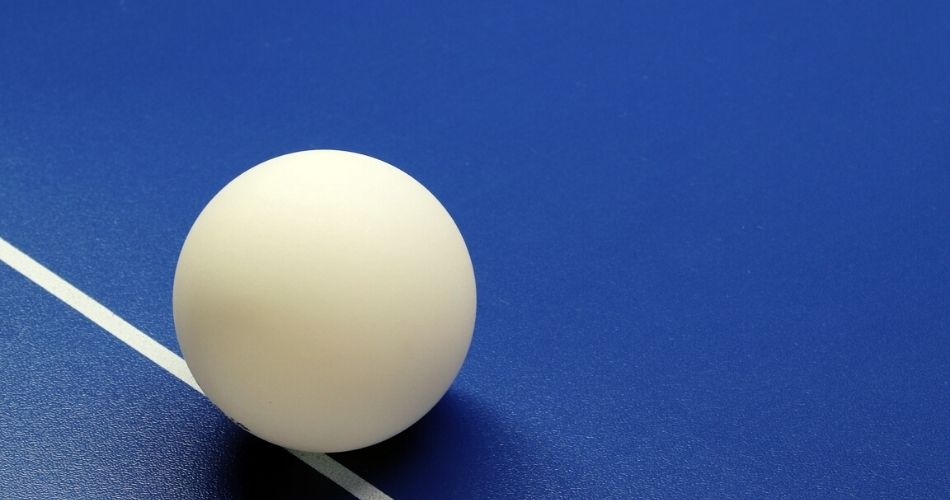 Inside a Ping Pong Ball

How a Ping Pong Ball is Made?

Basically, a ping pong ball is made of celluloid and plastic.

Some people think that the ball is filled with other gas rather than air because of the smell of the plastic and the adhesive. These materials produce a chemical smell.

Normally they are not toxic. People may think that the balls are toxic because of the smell produce by plastic and the glue which is quite natural.

However, the balls can be toxic if the balls are burned. After introducing a ping pong ball to the heat the ball will produce carbon monoxide, carbon dioxide, and nitrogen. Breathing carbon monoxide is very dangerous. If you don't know then let me tell you that carbon monoxide will displace the oxygen from the blood and will abandon the vital organs of oxygen like the heart, brain, etc. Also, it can cause suffocation, and one can lose consciousness in minutes.

On the other hand, carbon dioxide will pollute the environment. It will cause an increase in the heat. At last, it can be said that a ping pong ball is safe till the ball isn't introduced to the heat or fire.

What Was the First Ping Pong Ball Made of?

Before the 19th century, the ping pong ball was made of rubber, string, and even champagne cork. But in 1901 an Englishman named James Gibb introduced celluloid balls. He found that the celluloid made balls are very perfect to play ping pong.

How to Light a Ping Pong Ball?

As the ping pong ball is highly flammable some people like to light the ball just for experiment purposes. They like to watch the ball burning and producing high flames. But sometimes they cause dangerous accidents while experimenting.

Here are the proper ways how one can light up the ping pong ball safely.

Before starting with the process make sure you are not doing this inside the house which can be very dangerous. Be cautious and do the experiment outside the house.

Step 1- First of all, place the ball above a hard and nonflammable surface like a concrete surface or on a metal bowl.

Step 2- After that, stand a bit far from the ball and use the lighter to fire up. Make sure to use a long handle lighter. Because little handle lighter won’t be safe.

While firing up the ball make sure to keep the fire extinguisher closer. So that in case of urgency you can use it to be safe from danger.

While playing ping pong some people wonder why the ball bounce too much and what is inside the ball. Also, some people think that inside of the ping pong ball there is a flammable gas that's why the balls are highly burnable.

To clear the confusion and to answer the question today we have come to you with the materials used for manufacturing a ping pong ball.